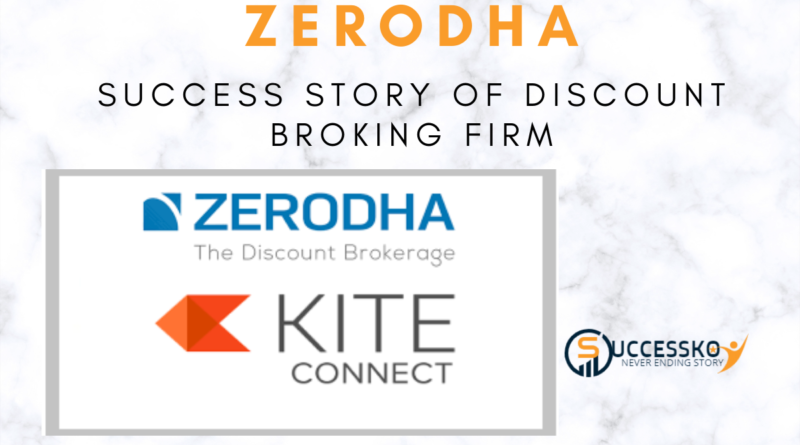 Zerodha Broking Ltd is an Indian financial services company. It is the first discount broking firm that offers retail and institutional broking, currencies and commodities trading, mutual funds, and bonds.

Zerodha started its Journey in 2010 with a team of five people. Zerodha derives from the words “Zero” and “Rodha”, the latter Sanskrit for Obstructions. The name Zerodha means “No Obstructions”

It was founded by the Kamath Brothers (Nithin Kamath and Nikhil Kamath) in 2010 with the aim to make trading barrier-free in the Stock Market. Founders aimed at providing a low brokerage trading platform. They targeted clients who are young and techier.

Idea behind the Starting of Zerodha

The Idea behind the starting of Zerodha is the problem faced by the Nithin Kamath (Founder of Zerodha) to trade or invest in the Stock market and felt a need for such a platform where fees are low, paperwork is less and anyone invest their money in the Stock market easily by clicking some fingers on the Mobile phone. He has been trading since the age of 17 Years old. Then in 2010 Zerodha established.

Nithin and his brother Nikhil Kamath started operations by focusing on the intraday players in the market. Today the long-term investors are also included with the day traders in a huge proportion.

Zerodha is India’s first discount brokerage firm. Now It also becomes the largest retail brokerage firm in India, with over 8.5 lakh active clients. The platform sees two to three million trades per day and It adds thousands of accounts every month. The numbers are increasing day by day.

New users are attracted to Zerodha because it is a discounted brokerage firm. Traders have to pay less brokerage than before. We Indians want everything discounted. It’s human nature and a smart move too because If you have to spend less money on the same task then humans can be attracted to discount one. Before Zerodha there are lots of paperwork, lots of charges (Opening charge, Account maintenance charge, Per trade charge, intraday charge, and many more). Zerodha solves these problems and today it is the market leader.

The Startup kicked off with a team of 5 members, which has now more than 1100 employees as per current data.

Where is the Headquarter of Zerodha?

Zerodha is headquartered in Bangalore

Who is the Founder of Zerodha?

Nithin Kamath is the Founder,CEO of Zerodha Discount broking firm.

Who is Nithin Kamath?

Nithin Kamath is the Founder and CEO of Zerodha which was founded in 2010. He was named one of the “Top 10 Businessman to watch out in 2016 in India” by the Economic Times for pioneering and scaling discount broking in India

What is the Slogan/Tagline of Zerodha?

The Slogan/Tagline of Zerodha is “The Discount Brokerage”

Is Kamath Brothers a billionaire

Kamath Brothers founded the Company Zerodha in 2010. Today Nithin Kamath and Nikhil Kamath are the Richest self-made billionaires in India under the age of 40 Years 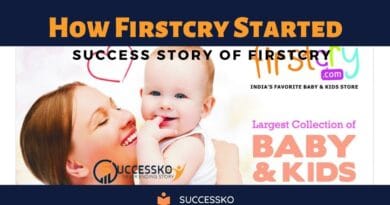 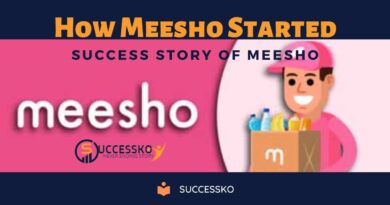 How Meesho Started | Idea behind the Starting of Meesho

24 thoughts on “How Zerodha Started | Success story of Zerodha”